We were originally a group of friends who co-worked from different places across the city. We dreamt about getting our very own building so we could create our perfect work environment of likeminded people.

Our group is pretty tight-knit but very welcoming to newcomers too. We have a strict anti-douchebag policy, which means we only have friendly people here who are open and welcoming.

A place to learn from others, share your experience, have fun, get work done, connect, and belong.

When people who share the same interests run into each other every day naturally, friendships and trust build automatically. That leads to people helping each other out in a very organic way. Founders openly share their experiences, ideas, their struggles, help each other with intros and inspiration. Techies challenge each other, rubber-duck issues on each other, and find news ways out of a rabbit hole when they get stuck in one.

One of our members explains: 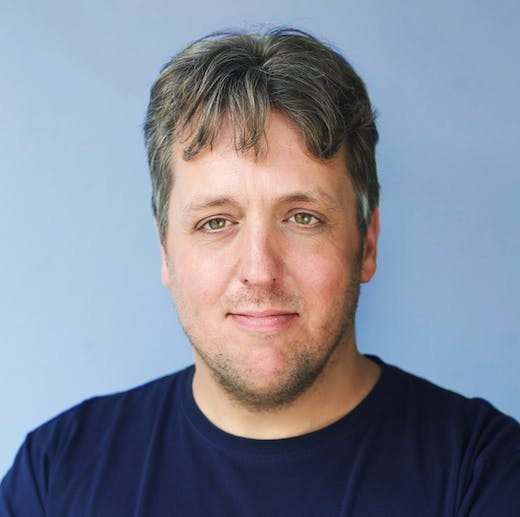 “The Hacker Building has everything that I need to concentrate and get work done. And when I take a break from work there are lots of experienced, like-minded people who I can have interesting chats with. And it’s just amazing to have a gigabit connection with sub-1ms latency to our datacenter.”

For techies, by techies.

Joris about why he organizes this community. 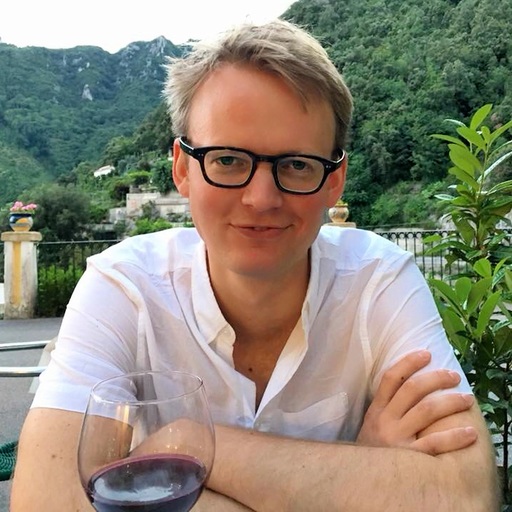 “The reason I enjoy organizing this community so much, is because it solves my own problem. I want to go to a place every day where I can be productive and also build deep friendships with techies and tech-founders like myself. I’m a full-time tech entrepreneur and a bit of a workaholic but also very social. So it makes me super happy to be able to combine both my work life and social life in a single location.

I’ve been running previous iterations of The Hacker Building as a non-profit hobby (albeit one that got seriously out of hand) for about 8 or 9 years now. Previously it was called The Hackers & Founders Building.

I’m a repeat tech-founder and full-stack developer. I started 5 different software companies (to varying degrees of success ;-]) and have been designing and building software for about 22 years now. My dream is to build a truly great software-based company and am now working on Record Once with Justin, full time.

I’m well traveled, and have lived abroad several times. I’m a bit of a polyglot with an MBA, about 22 years of UX design experience, and about 20 years of teaching-myself-how-to-program. My favorite stack is Ruby on Rails, Vue.js and Electron, and I’m one of those rare people who actually enjoy writing CSS.”

Meet some of our members. 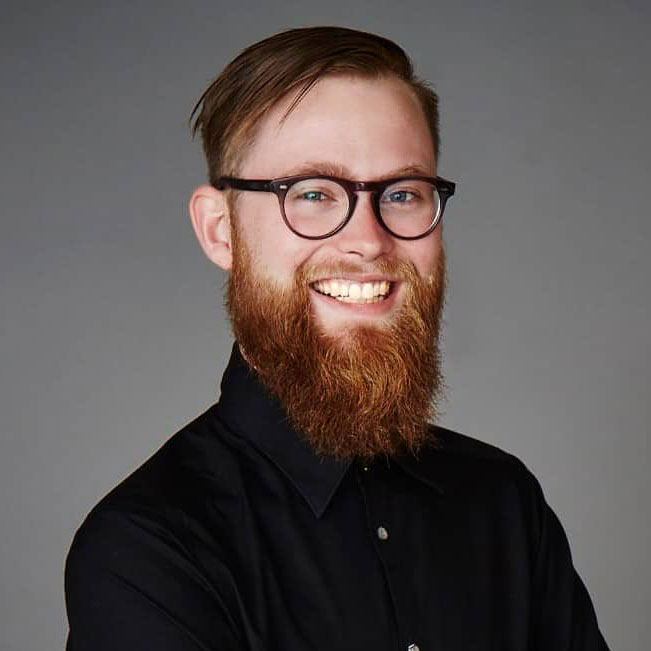 Justin is a well-known face in the Dutch tech scene. He’s a startup founder, software engineer, master of ceremonies, conference organizer, community leader, and an all round charming personality with a life long passion for technology and development. He is a well respected moderator at tech conferences and pitch events, and a hackathon veteran. Justin spent 2.5 years in NYC where he was IBM’s face towards developers and startups in the US and Europe.

He’s currently working on bootstrapping Record Once, together with Joris.

His favorite tools are Vue.js with TypeScript and Electron, but he still loves Ruby too.

And last but not least: he possesses amazing cocktail-making skills. 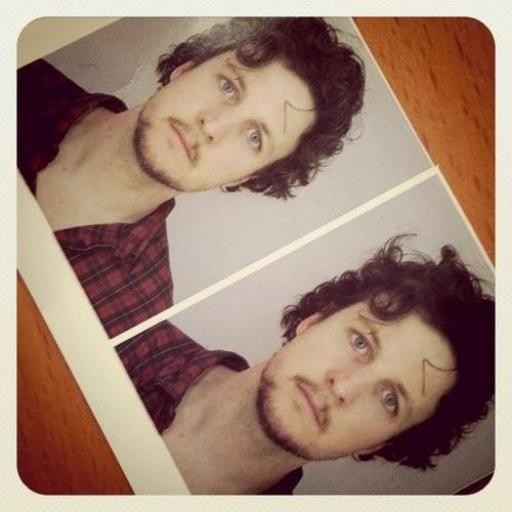 Dave’s from South Africa and lived in England for several years. When he started Spaaza (Afrikaans for “shop”) together with Sam, he learned to code just so that they could move faster.

Now that he’s built Spaaza into a mature company he focuses on sales, growth and dreaming up future iterations of their products.

Dave’s into surfing, high-quality cooking and he loves tea. Has been a pivotal part of our community since the Volkskrant-building days. 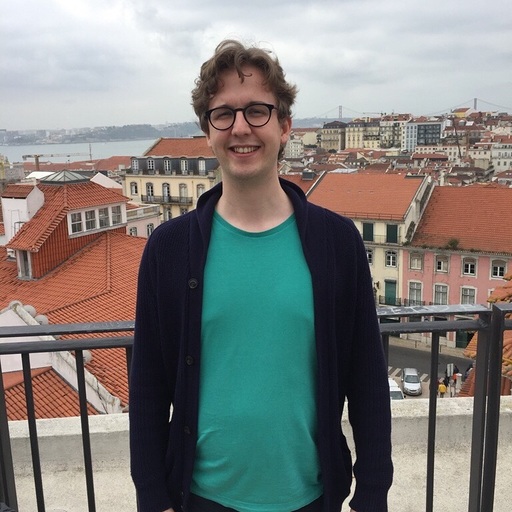 Cathal is Irish-born. He used to work in finance, but decided to pivot his career into software engineering and move to Amsterdam in the process. After graduating from a development bootcamp, he started working for Sam and Dave at Spaaza as a software developer. He’s an avid traveler and always up for sharing travel stories over beers. 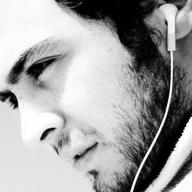 Hossein has been an integral part of our community since the very first co-working space that we organized. Originally he’s from Iran, but he moved to Amsterdam to study AI in the late 00s. He worked as a software engineer for several well-known companies. Together with his two close friends Peyman and Nasir, he now spends most of his time building software for fin-tech companies under their consulting label Xeco Labs. This provides them the freedom to experiment and iterate on several different startup ideas of their own.

Hossein is a coffee aficionado. He often optimizes his technique, gear and coffee, and his family knows not to disturb until after his morning barista routines ;-] 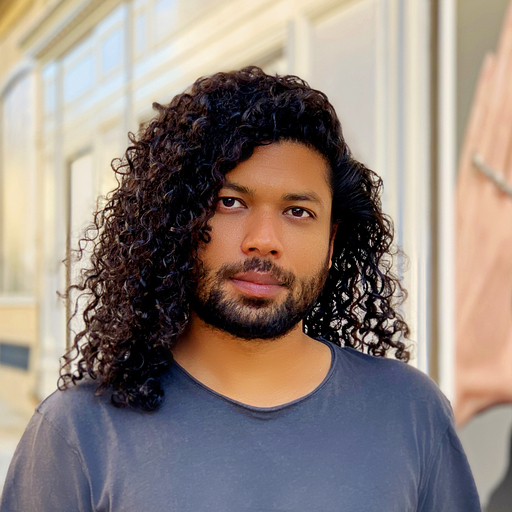 Sohail started his first online business from his home town in Pakistan and sold prom dresses to thousands of teenage girls in the US. He paid his own way through college in the Netherlands. He now runs a big marketplace for spiritual advisors and has developed intense Facebook marketing chops.

He’s still really into fashion and probably has the most polished Instagram timeline of anyone in our community. He’s an amazing storyteller (pro tip: ask him about his age!) 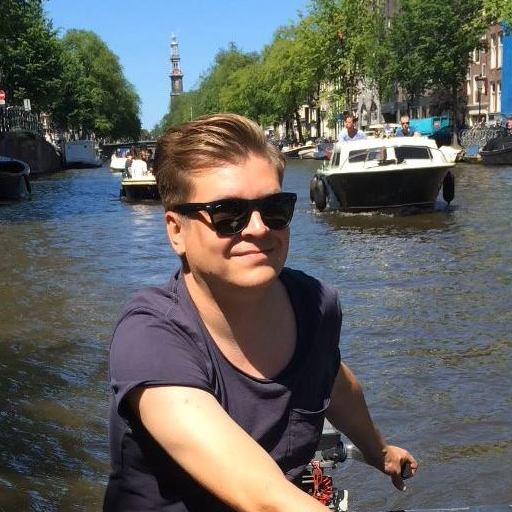 Vesa mostly focuses on graphics related programming. He currently bends SVG to his will for a client that builds a visual cloud orchestration tool (Cloudcraft). He used to be lead developer in charge of the home screen of Nokia’s next-generation smartphone OS. He has written 3D and 2D mobile games for the Sony PlayStation Portable and iOS and helped TomTom build their current OpenGL map rendering engine.

Vesa has his programming roots in the demo scene, and he still loves his Amiga. He also moonlights as a producer under a pseudonym; he has performed live at clubs and festivals and issued several records. He has an eclectic taste in craft beers.

Thijs is deeply technical. He co-founded AppSignal which they’ve bootstrapped to a 16-person company that is still growing rapidly. AppSignal is a fully remote company and their team is spread out all over the world, with Thijs and Stefan being the only people based out of Amsterdam. He has about 16 years of experience developing Ruby, but has been coding mostly in Rust for the past 4 or 5 years.

Thijs loves giving pragmatic advice to people who are bootstrapping tech companies. When something catches his attention, he goes pretty deep into optimizing it, regardless of whether that’s dev, barbecue, epidemiology, or picking the optimal workstation. He regularly spends his nights making music in the studio that he has together with a few friends. 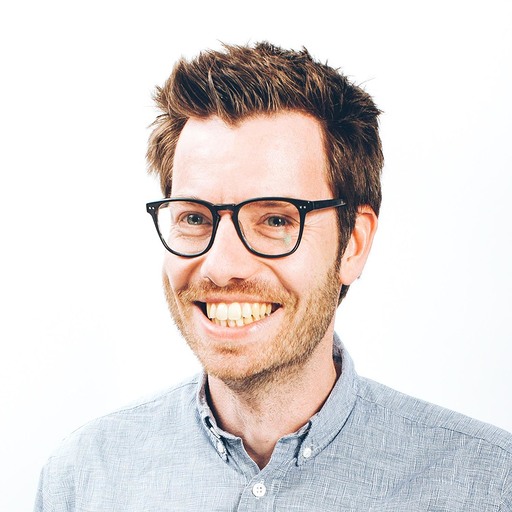 Stefan has amazing Excel and SQL chops and loves building out companies. He helps out tech startups from early growth to exit. Did a lot of acquisitions and funding. His previous gig was CFO at WeTransfer until they successfully got it acquired. Now he manages AppSignal together with the founders. 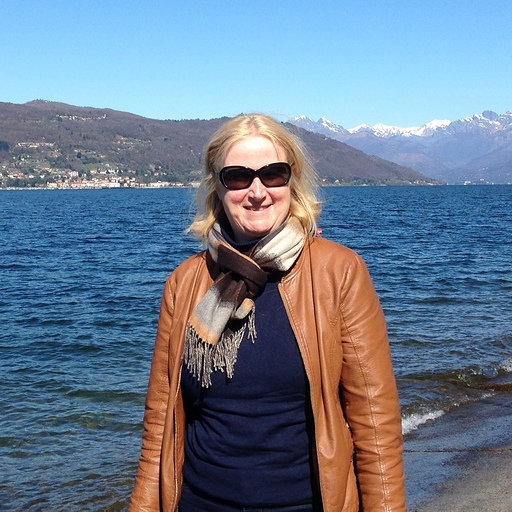 Mascia has a solid background in working for the public sector at national and international level, She’s the co-founder of Enquirya, which makes innovative quality assurance software for crisis management organisations, supporting their journey into data driven decision making. She also works in European H2020 research and innovation projects, among others the ECHO-project focusing others on strengthening the EU’s cybersecurity capabilities. She splits her time between Brussels and Amsterdam and various airports (post-covid: superchargers) around Europe. 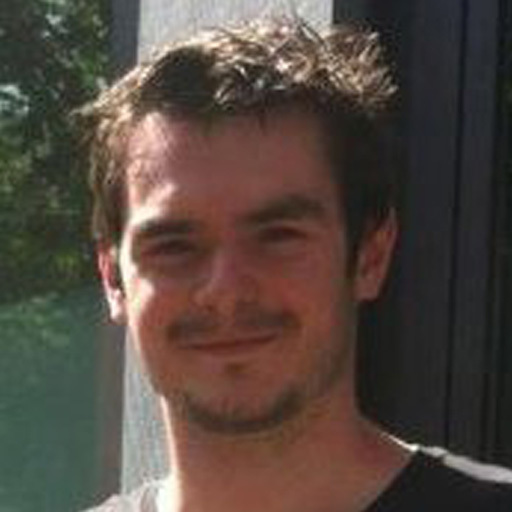 Dirk worked on Killzone as a Senior FX Artist at Guerilla Games, in a previous life. He’s a full-stack developer (C# on the back-end) and bootstrapped 3 different companies since he left Guerilla. He’s currently building a completely new way of bookkeeping for freelancers who don’t want to actually (Bunni), well, keep their books. It’s not completely clear what he loves more: having beers with friends, or his two cats. 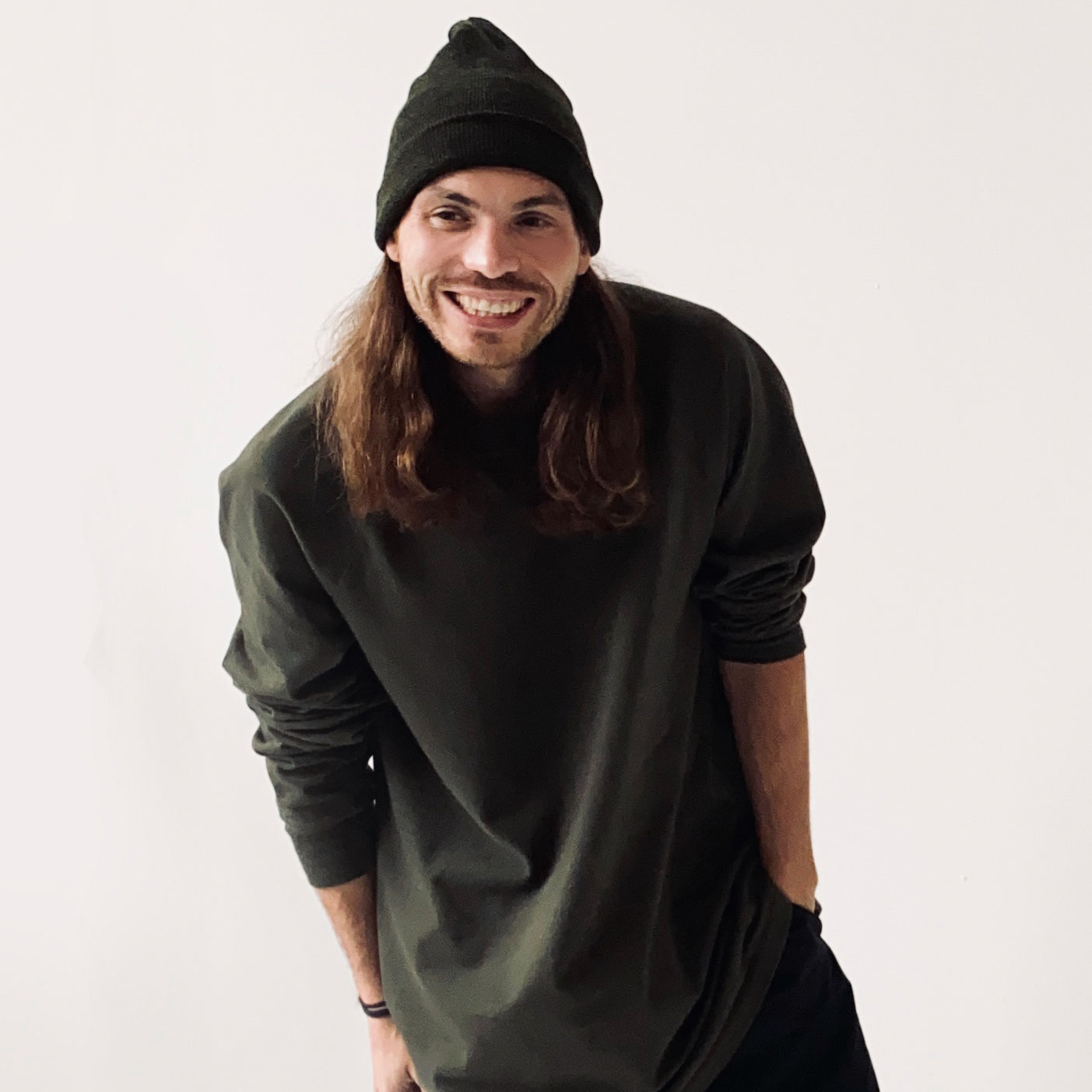 Michel jokingly identifies himself as a digital mercenary as he’s been consulting at a lot of organizations fixing or bootstrapping information systems as a full-stack software engineer/devops for the last 17 years. His current trick is in FinTech startups as he’s been freelancing as a tech-lead/interim CTO in different companies for the last 7 years. His current gig is at a corperate startup (Homerun) at ING Labs. With a passion for all things technology he’s always experimenting the latest tech/infra/tools/hardware. Even though that he keeps coming back to Ruby as he feels thats still the best way to capture/build complex information systems.

To offset the nerdy-ness of his screen staring daily life he's into fashion (Instagram), loves nightlife&DJ’ing (SoundCloud) and after work you can find him training in the gym for his next ironman or marathon. 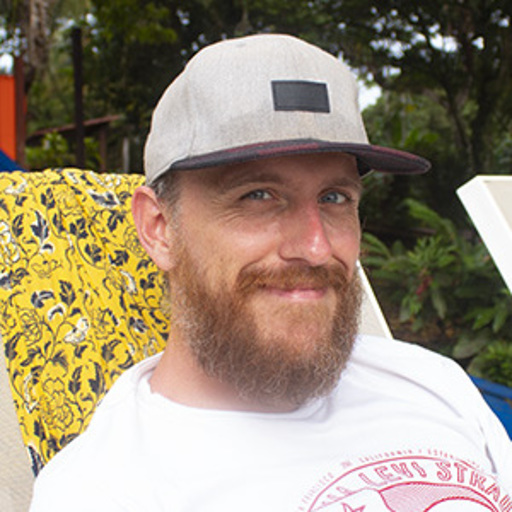 Geoffrey is a Dutch self-employed illustrator and animator, working and residing in Amsterdam.

During his years studying Mediatechnology at Hogeschool Utrecht, he gradually taught himself the creative skills needed for 2d- and 3d illustration and animation work. In 2007 he started his own freelance career and learned the ropes by working on a variety of projects through the years; from boardgame designs and beer labels, to 3d animated television commercials. The last couple of years he focuses on helping companies communicate their message or product, by creating custom made, visually appealing 2d animated videos. 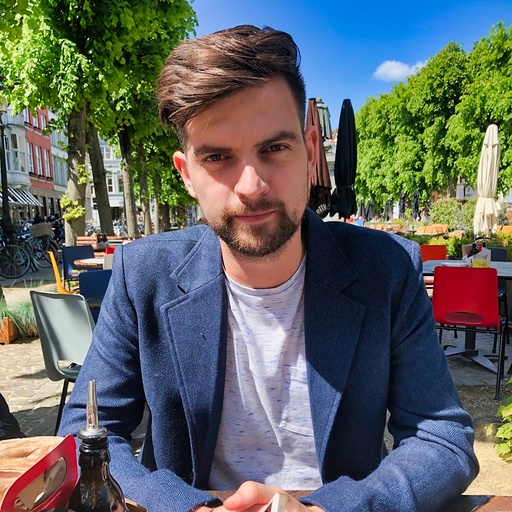 Adriaan started privacy-first analytics company Simple Analytics just two years ago. He bootstrapped it to ramen-profitability in a mere 6 months. He built the core product by himself, and hired his first engineer last year.

He leads a bit of a nomadic lifestyle. He has a camper van with his gf, and generally skips Dutch winters by fleeing to islands in the Southern hemisphere.

Some of our current teams:

Some of our alumni:

Did we say handsome? 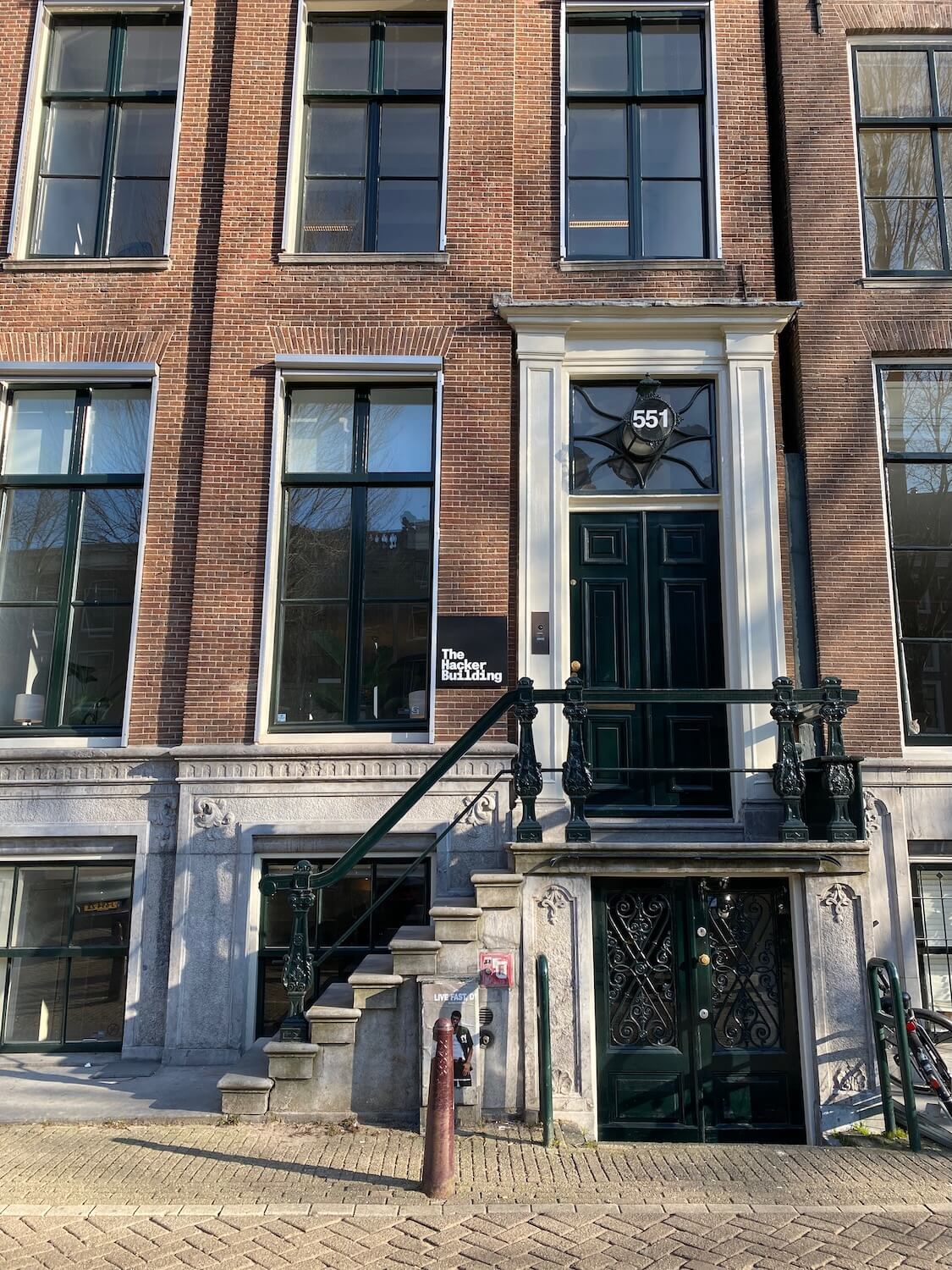 
No hidden fees for meeting room usage, coffee or other cheesy upsells.

Other spaces are purely profit-driven, so they upsell you whenever they can. They give you a base price and send much higher bills when you do something outrageaous like using a meeting room.
We hate that. Our pricing is clear, upfront and fair.

Let’s have a coffee.

Schedule a time with Joris

Smack in the middle of Amsterdam. On the most beautiful, most prestiguous canal in the city. We’re located in between the Thorbeckeplein and the Vijzelstraat (which has a metro stop). That means there are lots of of bars, restaurants and takeout places to grab lunch just around the corner.